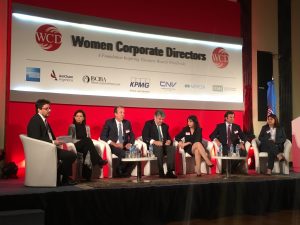 The panel discussion provided attendees with insight into the relationship between an independent director, the board, an organization’s top-ranking executive and its senior management team.

WCD is the world’s largest membership organization and community of women corporate board directors, who serve on more than 8,500 public and private boards around the world.

Mr Chaher attended the event in his capacity as Cefeidas Group Co-Managing Director and Co-Director of the University of San Andres (UdeSA) Corporate Governance Program.